ROCKFORD - The East E-Rabs registered the most impressive win for a NIC-10 team at this week's 205 Tip-Off Classic and denied Elgin Larkin, the event's most loyal visitor, its first Classic title. 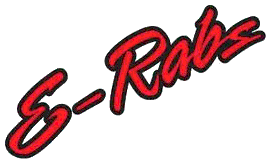 Jemere Jefferson scored 12 of his 17 points in the second half as the E-Rabs rallied to beat Larkin, 59-56, handing the Royals their first loss of the season.

The result meant Larkin, which has played in every Tip-Off Classic since it was started in 2014, finished the week-long event at 4-1. It also means the tournament trophy will go to this year's splashy newcomer, East St. Louis, which went 4-0.

It was a redemption game for Jefferson. The senior guard, who was special mention All-NIC-10 for the Jefferson J-Hawks last season, started the Tip-Off Classic strong with 16 points against North Chicago on Friday morning. But he was held scoreless by East St. Louis Friday night.

Larkin opened the fourth quarter by scoring the first five points to jump back in front and the teams traded the lead several times. Larkin suffered a major blow with 2:04 to play. East was leading 55-52 when Damari Wheeler-Thomas, who set the all-time career Tip-Off Classic scoring record during the game, committed his fifth foul on what initially looked like a steal and breakaway layup.

Without Wheeler-Thomas, who finished the game with 18 points, East was able to hold off the Royals despite making two out of six free throws in the final two minutes.

East's defense throughout was solid. Although Wheeler-Thomas got 18, he came into the game averaging 25.5. The E-Rabs also slowed down Fernando Perez Jr., who averaged 20.5 points in his first four Tip-Off games but managed just nine against East. Jordan Blakley, a sophomore, scored 12 points for the Royals and Armani Ivy had 10.

East got solid contributions from junior forward Matthews Hoarde, who came off the bench to score 11 points. Rashard Young had nine points and NeSean Hardaway had eight, including hitting all four of his free throws in the fourth quarter.

The E-Rabs went 3-1 in the Tip-Off Classic. They are the defending NIC-10 champions, but they have an entirely new starting five. They begin defense of the conference title on Wednesday when they host Jefferson. East travels to Boylan Catholic High School on Friday.

ROCKFORD - The Jefferson J-Hawks edged Chicago Perspectives, 43-40, to finish a strong first week for a program with an entirely new starting lineup.

Last year's J-Hawks finished 10-2 in the NIC-10 and 10-4 overall in the coronavirus-shortened season. But all of Jefferson's starters either graduated or transferred.

Jefferson finished the 205 Tip-Off Classic with a 3-1 mark. The J-Hawks open NIC-10 play Wednesday at East High School and then host Rockton Hononegah on Friday.

Perspectives finished the 205 Tip-Off Classic 0-4. The Wolves are 1-4 on the season and don't play again until Dec. 2 when they travel to Chicago Lindblom.
Posted by Alex Gary at 6:13 PM No comments:

ROCKFORD - The East St. Louis Fliers jumped out to a 20-12 first-quarter lead and were never challenged as they completed a 4-0 week in Rockford.

Senior guard Bryson Hodge scored 27 points for the Vikings and was perhaps the most surprising player in the Classic. Hodge had 29 points earlier in the week against Elgin Larkin.

The Fliers are waiting to see if Elgin Larkin beats Rockford East to see if they are declared 205 Tip-Off Classic champions. The Royals would be 5-0 if they beat the E-Rabs.
Posted by Alex Gary at 4:31 PM No comments: 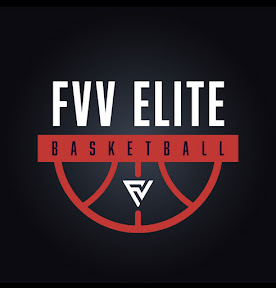 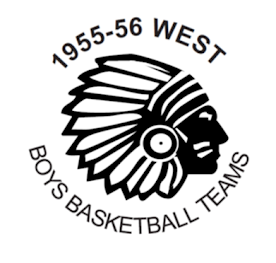 Catching up with Tip-Off stars!

We take a look at what past Tip-Off Classic stars are doing now! Jalen Shaw and Christian Negron The first two great big men in 205 Tip-Off ... 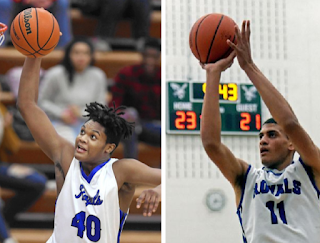